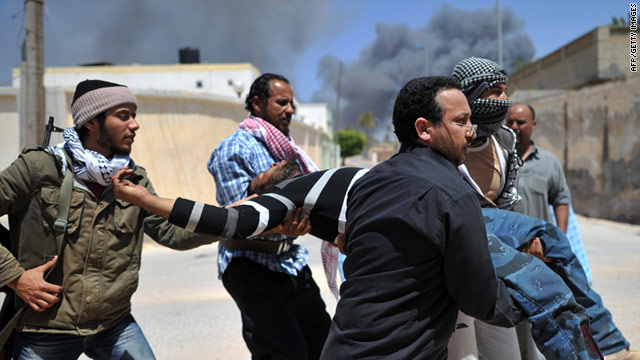 The chief prosecutor for the International Criminal Court said in a report Wednesday there are "reasonable grounds to believe that crimes against humanity have been committed and continue being committed in Libya."

The report identified the alleged commission of rape by Libyan leader Moammar Gadhafi's government, as well as the deportation or forcible transfer of citizens during the civil war that continues to rage in that country.

It also noted war crimes, including intentionally directing attacks against civilians not participating in the fighting.

"It is indeed a characteristic of the situation in Libya that massive crimes are reportedly committed upon instruction of a few persons who control the organizations that execute the orders," the report said. "Arresting those who ordered the commission of crimes, should the Judges decide to issue warrants, will contribute to the protection of civilians in Libya."

The Office of the Prosecutor will submit its first application for arrest warrants in the coming weeks.

In March, shortly after the International Criminal Court was asked to investigate the issue, a court spokeswoman said Gadhafi would probably face serious charges.

But the prosecutor did not name the people against whom he had evidence.