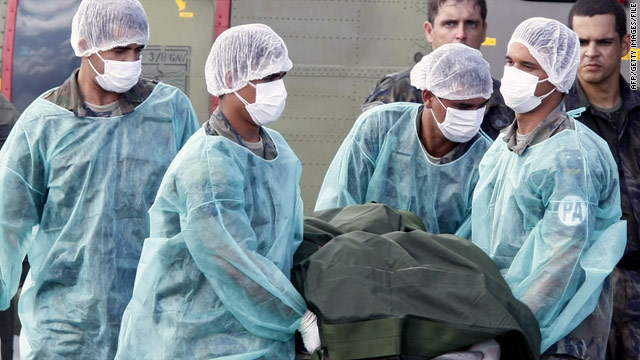 The body of one of the victims of Air France Flight 447 was recovered from deep in the Atlantic Ocean, French authorities said Thursday. Even though the body had been submerged for two years, authorities were able to locate it. It was still attached to the seat of the Air France plane, the French Foreign Ministry said.

The announcement comes days after the cockpit voice recorder from the flight was located. The Air France plane crashed mysteriously nearly two years ago, killing all 228 people on board. The plane crashed in stormy weather en route to Paris from Brazil on June 1, 2009. It took nearly two years and a massive undersea search to locate the bulk of the wreckage.