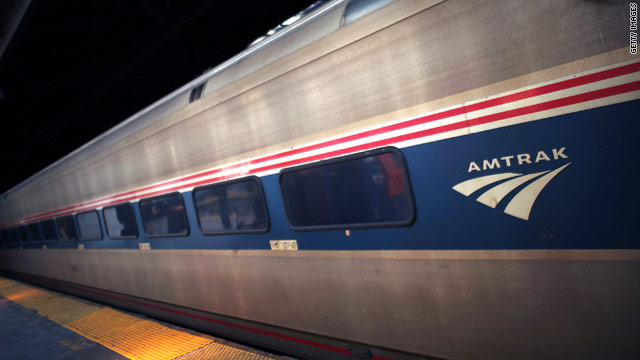 This U.S. Department of Homeland Security has issued an unclassified notice stressing security on U.S. railways - an alert prompted, according to a U.S. law enforcement source, by information gleaned from this week's raid on Osama bin Laden's Pakistani compound.

The notice says that, in February 2010, al Qaeda members discussed a plan to derail trains in the United States by placing obstructions on tracks, according to a source who received the notice.

The plan was to be executed this fall, on the 10th anniversary of the September 11, 2001, attacks. But no specific city or rail system was identified in the notice, the source said.

"I would not view it as an operational plan," the source said. "I am not aware that anyone was tasked to carry it out."

Bin Laden was killed early Monday morning at the Pakistani housing compound where he was staying by a team of U.S. Navy SEALs, U.S. officials have said.

3:49 am ET June 2, 2020 RETWEET
Facebook employees staged a virtual walkout on Monday, with many expressing anger and dismay that CEO Mark Zuckerbeâ€twitter.com/i/web/status/1â€¦8x
cnni

3:37 am ET June 2, 2020 RETWEET
"I am outraged. The President did not pray when he came to St. John's, nor as you just articulated, did he acknowleâ€twitter.com/i/web/status/1â€¦Ug
cnni