Salman Rushdie's injuries in the attack include multiple stab wounds to his neck and stomach, and a puncture woundātwitter.com/i/web/status/1ā¦9X

Man arraigned on attempted murder charge in the stabbing of author Salman Rushdie, who is reportedly on a ventilatoātwitter.com/i/web/status/1ā¦hM

The House has passed Democrats' sweeping health care and climate bill, which now goes to President Biden to be signātwitter.com/i/web/status/1ā¦QK

RT @CNN: The US District Court for the Southern District of Florida has unsealed the search warrant and property receipt from the FBI searcā¦

One week after a fiery car crash, Anne Heche is "brain dead" but remains on life support, according to a statementātwitter.com/i/web/status/1ā¦Mk 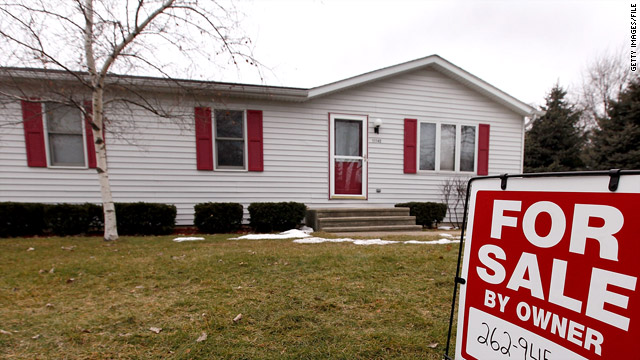 New Census data also reveals the number of homes being rented or for sale on the open market.
May 5th, 2011
10:15 AM ET

Median ages in this group range from 33.8 in DC to 42.7 in Maine. The bureau is releasing the information in groups of states on a weekly basis in May. National data will be released at the end of the month. Data for individual states can be found on the Census Bureau's American FactFinder.

The new figures break down male and female populations into age groups and identifies households by relationship and type. The data set also includes the size of group quarters and housing occupancy status, such as rentals, homes for sale and seasonal units.

The numbers illustrate trends previously reported on the local level, such as the growing Hispanic population, outmigration from the northeast to the southeast and flips in major cities from majority white to minority white populations, said Kenneth Prewitt, former Census Bureau director and vice president for Global Centers at Columbia University. But the decennial census results bring together those small pieces of the puzzle to create a picture of what the country looks like as a whole and where it's headed, he said.

"Anyone who closely follows what's going on in demography will not learn much new from these numbers, but there's something about the decennial Census that attracts attention because it's a highly visible moment where the country pauses and takes a look at itself," he said.

The data also takes a closer look at the origins of people who identified on the decennial census as Hispanic or Latino - Mexican, Puerto Rican, Cuban or other - Asian - Asian Indian, Chinese, Filipino, Japanese, Korean and Vietnamese - Native Hawaiian - Guamanian or Chamorro or Samoa - or multiracial.

New York University sociology professor Ann Morning, who specializes in race and ethnicity and racial classification, said aggregate breakdowns of the number of people who identified as multiracial and their ages could be useful for making projections regarding the country's racial makeup.

"We're not seeing these shifts for the first time - the question of whether this nation is becoming less white, that's been happening since 1950s. But are we becoming more multiracial?" she said. "It will be interested to see how age breakdowns of different mixed groups look compared to 2000 data."

Salman Rushdie's injuries in the attack include multiple stab wounds to his neck and stomach, and a puncture woundātwitter.com/i/web/status/1ā¦9X
cnnbrk

3:49 pm ET August 13, 2022 RETWEET
Man arraigned on attempted murder charge in the stabbing of author Salman Rushdie, who is reportedly on a ventilatoātwitter.com/i/web/status/1ā¦hM
cnnbrk

5:50 pm ET August 12, 2022 RETWEET
RT @CNN: The US District Court for the Southern District of Florida has unsealed the search warrant and property receipt from the FBI searcā¦
cnnbrk