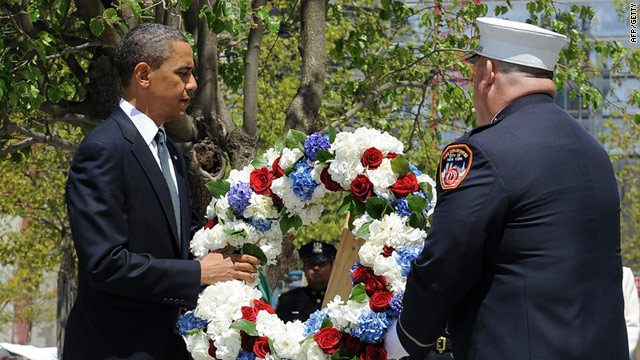 President Barack Obama lays a wreath at the 9/11 Memorial on Thursday. He is to visit with U.S. special operations troops Friday.
May 5th, 2011
03:52 PM ET

A day after joining survivors of the September 11 attacks in New York City, President Barack Obama will meet with those who killed the leader of the group behind the plot, Osama bin Laden, a senior administration official said Thursday.

Obama will travel to Fort Campbell in Kentucky on Friday "to privately thank some of the special operators involved in the operation," according to the official. On Wednesday, the president met at the White House with Adm. William McRaven, the head of the Joint Special Operations Command "to thank him personally," the official said.

8:24 am ET December 2, 2020 RETWEET
­¤ō® Sign up to get the facts on coronavirus delivered to your inbox dailcnn.it/3mxWcoCVsV Here's everythintwitter.com/i/web/status/1ŌĆ”5XlsW
cnni

8:00 am ET December 2, 2020 RETWEET
Reducing daily steps to fewer than 1,500 ŌĆö similar to the activity level of people who are housebound during this ptwitter.com/i/web/status/1ŌĆ”Ikz0
cnni