One of the two charter planes carrying Americans who were evacuated from the Diamond Princess cruise ship has landeâ€twitter.com/i/web/status/1â€¦EO 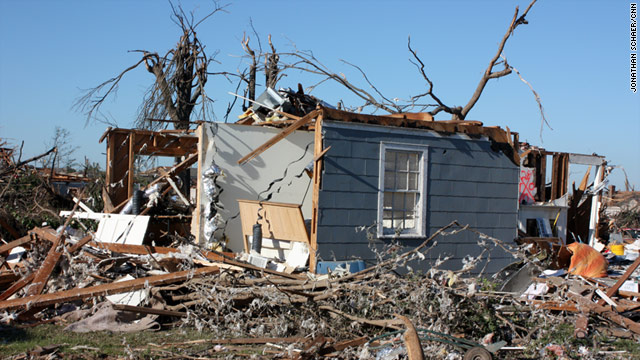 The tornadoes weren't forgotten. The families of the hundreds who were killed in last week's record outbreak that flattened towns in the South, and the tens of thousands whose homes or businesses were damaged, and the many donors and volunteers who rushed to their aid from around the world didn't forget about the destruction, even after the United States announced it had killed Osama bin Laden.

But the terrorist mastermind's death has dominated national headlines since Sunday night, pushing tornado disaster reports, while still being made, down the pecking order. The mayor of Tuscaloosa - the University of Alabama city where at least 41 died and 25 still are missing - noticed.

Mayor Walter Maddox said this week that "with Tuscaloosa no longer being in the national media, I believe it can present a problem in terms of reminding the nation that what we face down here is a catastrophe," according to The Crimson White.

He understands why bin Laden caught the headlines, but the South's devastated communities will need sustained attention from the public and the federal government, he told CNN in a phone interview Thursday.

"Our state was hit with a Katrina-like event with less than 10 to 15 minutes' notice, and it's going to take years for our state and this city to recover," Maddox said. "What is important ... is (maintaining) the support from the federal government, and a lot of that will be borne out of the attention in this nation."

While the novel coronavirus death toll is rising, so is the tally of those who have survived. Virus-free former paâ€twitter.com/i/web/status/1â€¦lc
cnni

5:45 am ET February 17, 2020 RETWEET
- Wash your hands often with soap and water for at least 20 seconds - Cover your entire mouth and nose when you couâ€twitter.com/i/web/status/1â€¦mL
cnni

5:36 am ET February 17, 2020 RETWEET
In major hubs like Hong Kong and Singapore, millions of people are holed up in their apartments in what may be theâ€twitter.com/i/web/status/1â€¦KA
cnni

5:27 am ET February 17, 2020 RETWEET
The raucous 'Naked Festival' involves 10,000 or so male participants cramming themselves into a temple to jostle foâ€twitter.com/i/web/status/1â€¦DU
cnni

5:16 am ET February 17, 2020 RETWEET
"A recession now looks all but inevitable" in Japan, and the novel coronavirus could push it over the edge. cnn.it/2vDIDhZ
cnni