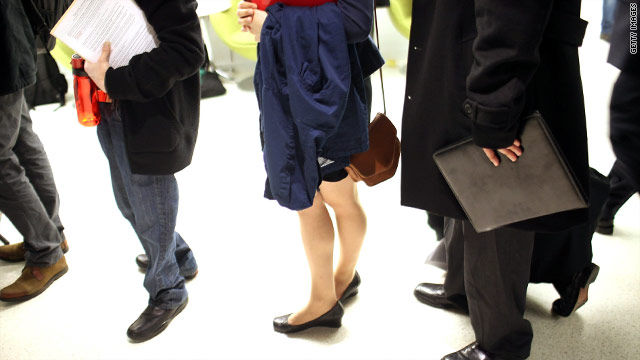 Ignore the unemployment rate, and ignore anything you read that highlights the fact that it increased from 8.8% in March to 9% in April.  It doesn't matter.  It's an irrelevant number.  There are so many long-term unemployed in this country, that the unemployment rate would actually be much higher if all of them were counted– more like 16% or 17%.

In fact, this uptick to 9% actually suggests more people are returning to the work force, because people who have given up looking for work are not counted in the official unemployment rate. 113,000 people who weren't counted as unemployed in March jumped back into the labor force in April.

The only number that matters is the number of jobs created - 244K in April; a LOT more than even the most optimistic economists were predicting, and within striking distance of the number (300k) of the jobs the economy needs to be creating per month to get back down to the 5% unemployment rate we had before the recession.

We also saw the jobs-created numbers for February and March revised higher. April's gains aren't some kind of blip– they are spread across a broad range of industries: retail, business and professional services, health care, manufacturing. The only major sector that saw job declines was the government, and that's a trend we've been seeing for a while as states and local governments cut workers amid budget struggles.

Bottom line: April's jobs report is a good, solid one. The job gains still may not be enough to lower the unemployment rate, especially as we see more people try to find jobs. But it shows the economy is moving in the right direction, and hiring is picking up steam.