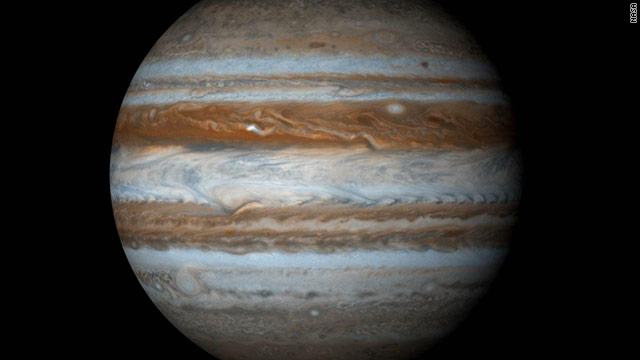 Four planets will cluster together next week

Four planets will huddle close together, visible to the naked eye, in the predawn sky next week, according to the editors of StarDate magazine.

"The best view is from the southern states because the path the planets follow across the sky (the ecliptic) stands at a little higher angle relative to the horizon," the magazine's editors said.

Venus and Jupiter will be easy to spot hanging low in the east as dawn brightens on May 10. They are the brightest objects in the night sky after the Moon. Venus, the brighter of the two, will be to the right of Jupiter.

Mercury will be visible to the lower right of Venus, about the same distance from Venus to Jupiter. It won't be as bright but its proximity to Venus will help you find it. To the lower left of Jupiter you'll find Mars, which may be too low and faint to see without the aid of binoculars.

.@JohnKingCNN revealed that he has multiple sclerosis and stressed how important being vaccinated is to help protecâ€twitter.com/i/web/status/1â€¦dV
cnni

6:30 am ET October 21, 2021 RETWEET
Evergrande has called off plans for a multibillion-dollar deal for its property management unit, worsening its cashâ€twitter.com/i/web/status/1â€¦pX
cnni