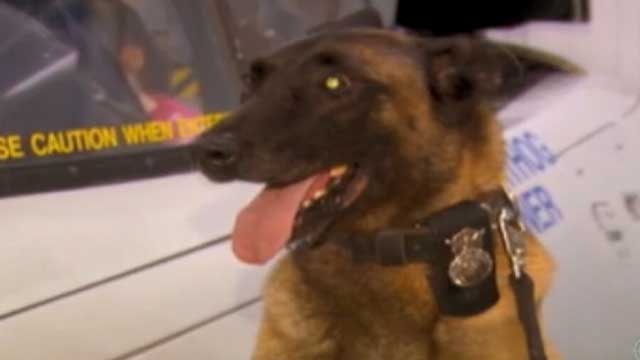 The recent mission to capture and kill Osama bin Laden has only underscored the need for military canine units. It was recently revealed that part of the SEAL team included a dog , who was choppered in to help identify possible threats to his team. These videos highlight stories of heroic military dogs during times of peace and war.

Deployed canines honored – A dog who survives six IED explosions surely deserves a war monument. Jacko is just one of many dogs to be honored at the F. Walton working dog memorial.

Service dogs healing vets – Our Kiran Chetry gets a big wet kiss from a dog who ultimately saved his master from the mental and physical anguish of coming home from war.

'The dog saved his life' – Family members of a fallen Marine express their deep gratitude for a dog named Bingo, who sacrificed his life to save his master.