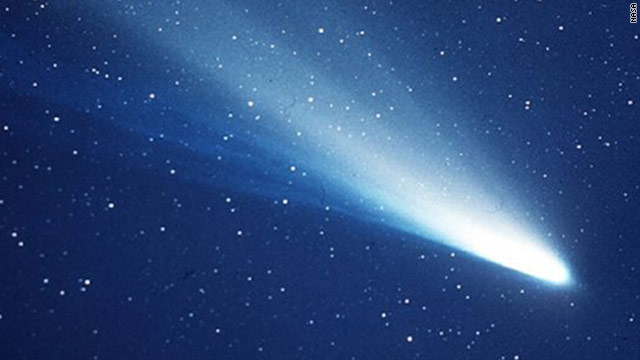 The greatest show on Earth is in the skies this weekend as the Eta Aquariids meteor shower enters peak streak time.

The shower was at its spectacular best early Friday morning, but the wee hours of Saturday also hold promise, pending clear skies.

If you live in the northern United States, the stream of celestial glitter and unicorns that you’re envisioning may be a bit off the mark though.

Can you see them? Send us your images!

Those who live closer to the equator will get the greatest spectacle - upward of 60 meteors per hour - but in North America, you could see about half that, according to Space.com.

Why the name Eta Aquariids? It's named for the radiant, the point in the sky where the meteors appear to originate, which is the Aquarius constellation, according to Space.com.

“Each Eta Aquarid meteoroid is a piece of Halley’s Comet doing a kamikaze death dive into the atmosphere,” said NASA astronomer Bill Cooke, quoted in Spacedex.com. “Many people have never seen this famous comet, but on the morning of May 6th they can watch bits of it leave fiery trails across the sky.”

The trails are caused by pieces of the comet burning up in our atmosphere, creating cool streaks of light.

But fear not, Americans, while it may not seem quite like a shower, the radiant will be “fairly low,” according to NASA, creating awesome “Earth grazers,” which are the long iridescent hazes you probably envision. But there still won’t be unicorns.