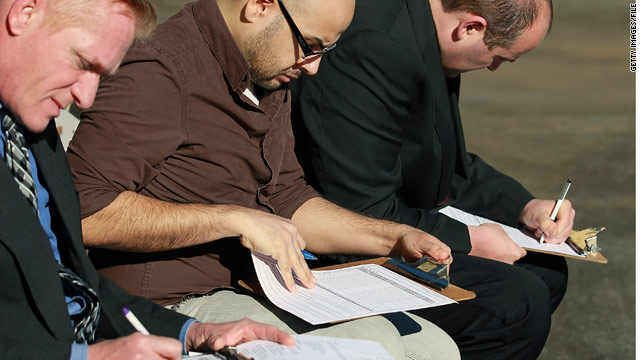 U.S. adds jobs amid hike in percentage of unemployed

The jobs recovery picked up speed in April, as business payrolls swelled and the unemployment rate rose as more people returned to the workforce.

The economy added 244,000 jobs in the month, the Labor Department reported Friday. That's up from the 235,000 jobs gained in March. Economists surveyed by CNNMoney were expecting a slight slowdown to a gain of just 185,000 jobs.

Job growth has been strong since the beginning of the year, with 768,000 jobs added since January. And Friday's report also showed that 46,000 more jobs were added in February and March than previously thought.