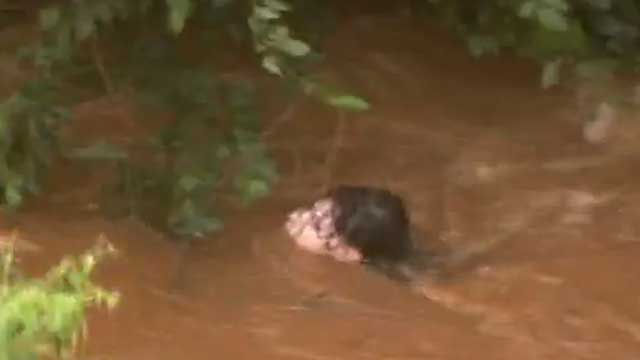 Inevitably there will be swollen rivers that catch people before they can escape and, each year, brave rescuers wade into rising waters to help others to safety. In light of the extreme flooding of the mighty Mississippi, we've highlighted some of the most courageous rescues from past flooding episodes.

Teen clings to tree in swollen river – This video shows the harrowing rescue of Raquel Dawson, a teenager who had decided to walk to work and was caught in a flash flood in Oklahoma City. For more, you can watch a full interview with the teen here.

Woman trapped in flooded car – Earlier this month an elderly woman, was caught in her car, a scenario many people who live near flood zones face.  Her rescue was caught on tape.

Terrified teens hang on – You can hear the shivering chatter of these teenaged girls as fast-moving water rushes by. These girls await rescue in what seems to be some pretty chilly waters.