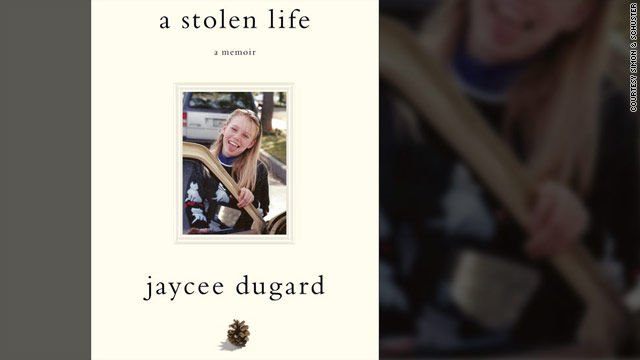 Jaycee Dugard, who was held captive for 18 years after her kidnapping by a California couple at age 11, will release a memoir telling "the full story of her ordeal" this summer, the book's publisher said Monday.

Dugard's "A Stolen Life," due in stores July 12, will cover the period from her 1991 abduction to the present, publisher Simon & Schuster said.

"In her stark, compelling narrative, she opens up about what she experienced, including how she feels now since she was found," the publisher said in a news release.

Monday's announcement comes less than two weeks after Phillip Garrido, 60, and Nancy Garrido, 55,¬Ýpleaded guilty to Dugard‚Äôs kidnapping and sexual assault. Both are expected to receive life prison terms at a sentencing hearing scheduled for June 2.

Dugard was 29 when authorities found her in August 2009 in a hidden compound behind the Garridos' home in Antioch, California, about 120 miles from where she grew up.¬ÝPhillip Garrido, a registered sex offender on parole at the time of his 2009 arrest, sexually assaulted Dugard and fathered two daughters with her during her captivity, authorities said.

Dugard, now 31, was kidnapped in 1991 from the street in front of her home in South Lake Tahoe, California.

Residents of a community in central Germany have unexpectedly inherited property and a stock portfolio worth ‚Ç¨6.2 mtwitter.com/i/web/status/1‚Ä¶LzF8
cnni

1:28 pm ET December 4, 2020 RETWEET
The card, which is on sale with Boston-based book dealer Marvin Getman from Friday, was produced by Henry Cole, Joh‚Ätwitter.com/i/web/status/1‚Ä¶1x
cnni

1:15 pm ET December 4, 2020 RETWEET
The bodies of victims of the Vesuvius eruption, including a man and his slave, and three horses, are the latest dis‚Ätwitter.com/i/web/status/1‚Ä¶TR
cnni