Two people have died as a result of an explosion at a manufacturing business in Houston this morning, police sayâ€twitter.com/i/web/status/1â€¦pw

A Chicago woman in her 60s is confirmed to have the second identified US case of the Wuhan coronavirus, the CDC sayâ€twitter.com/i/web/status/1â€¦oO 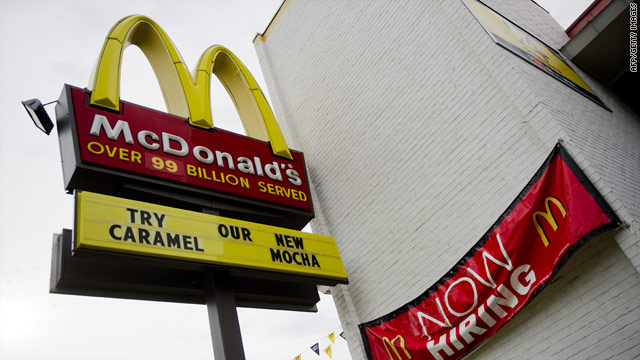 Stocks higher on rebound in oil

U.S. stocks rose Monday as commodity prices regained ground, overshadowing worries about the fiscal crisis in Greece that hung over the market.

After a sharp sell-off last week, commodities rebounded Monday. Oil jumped 5% to above $102 a barrel. Silver prices gained 6% and gold rose over 1%.

Shares of Alcoa, Caterpillar and Chevron were among the top performers on the Dow. McDonald's rose nearly 1% after the fast-food chain said sales rose 6% in April. But the blue-chip average was hobbled by shares of Intel, which fell nearly 2%. Bank of America and JPMorgan were also weak.

Treasuries: No big bets ahead of auctions

The tug of war between the economic recovery and inflation kept bond traders sidelined Monday, as they waited for $72 billion of auctions this week.

The yield on the benchmark 10-year Treasury note held steady at 3.15%. It wasn't that long ago that the yield was closer to 4%.

In fact, just a couple of weeks ago, the 10-year yield was hovering around 3.6%, as investors fear that higher gas prices will result in broad-based inflation and slow economic growth.

Some experts don't think inflation is really a major threat. But there is underlying uncertainty about what will happen to the Treasury market once the Federal Reserve ends its $600 billion bond-buying program, known as QE2, in June.

Since Treasuries are considered a safe-haven in times of economic uncertainty, both camps have pushed up demand for U.S. bonds and sent yields lower recently.

4:31 am ET January 25, 2020 RETWEET
Snakes â€” the Chinese krait and the Chinese cobra â€” may be the original source of the newly discovered coronavirustwitter.com/i/web/status/1â€¦phln7T
cnni

3:31 am ET January 25, 2020 RETWEET
Several members attending a furry convention in California helped restrain a man who was assaulting his girlfriendâ€twitter.com/i/web/status/1â€¦nO
cnni

3:16 am ET January 25, 2020 RETWEET
Golf-ball sized hailstones rained down on parts of southeastern Australia on Monday. The white balls of ice wereâ€twitter.com/i/web/status/1â€¦ZP
cnni