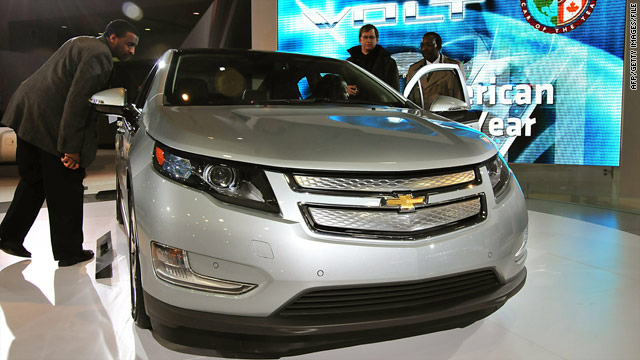 On the Radar: GM jobs, Obama on immigration, Memphis flooding

Up to 2,000 of the jobs will be in the metro Detroit area, the paper reported, with many of those going to the plant that produces the Chevy Volt, GM's extended range electric car.

Immigration speech: President Barack Obama heads to El Paso, Texas, on Tuesday to give a speech on the need for comprehensive immigration reform.

White House press secretary Jay Carney said the president's speech is likely to highlight border security improvements and the economic costs stemming from a failure to change course. And senior administration officials said the speech will kick off a campaign-style effort to rally support for an overhaul.

The Mississippi is the highest it's been at Memphis since 1937, when it crested at 48.7 feet - 14.7 feet above flood stage. That flood killed 500 people and inundated 20 million acres of land, said Col. Vernie Reichling, the Army Corps of Engineers' Memphis District commander.

7:53 pm ET November 23, 2020 RETWEET
RT @KamalaHarris: The moment @JoeBiden and I walk into the White House, we will inherit a series of unprecedented challenges. Today's annouâ€¦
susancandiotti