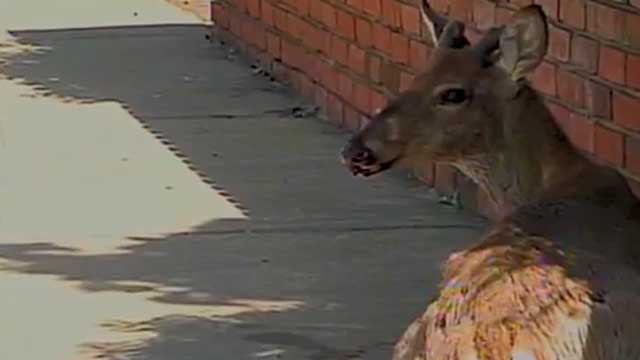 People are not the only ones being forced out of their homes by the rising waters of the Mississippi. The water has wildlife big and small heading for the hills. These are some of the stories of the unforseen consequences of disastrous flooding.

Wildlife displaced by floodingÂ – All creatures great and smallÂ haveÂ started to head for higher ground as the waters rise.Â  As Louisiana Gov. Bobby Jindal points out, it sounds comical, but it may actually become a problem as wildlife like deer and raccoons start to populate urban areas.

Flood leaves pests behind – As the water begins to recede in some places, it's leaving behind some unwanted creepy guests. Leeches, snakes and mosquitoes have set up shop in one Illinois town and the residents are less than thrilled.

Pitfalls of dirty water – One of the few living things that doesn't head for higher ground in an epic flood is CNN's Rob Marciano.Â  He explains what it's like reporting from the dirty, bacteria-filled flood waters.