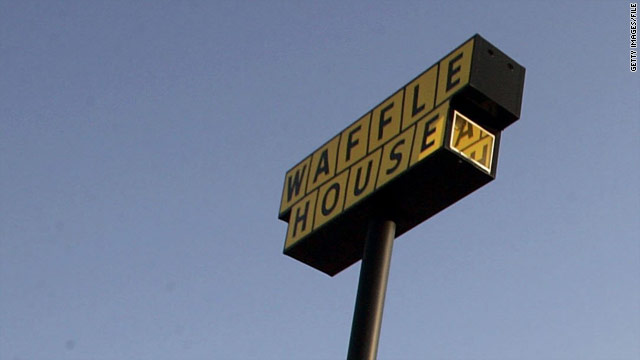 Perhaps it's all in the name - Waffle House.

Police and rescue crews were called to one of the popular restaurants off a highway in Augusta, Georgia, to help a man down from the roof who had apparently apparently been living up there for some time, according to WAGT, a CNN affiliate.

The station reported that the man, who was not identified, was dehydrated and transported to a hospital.