Biden is canceling a Wednesday trip to Chicago in order to keep leading crucial negotiations as his legislative ageâ€twitter.com/i/web/status/1â€¦ex 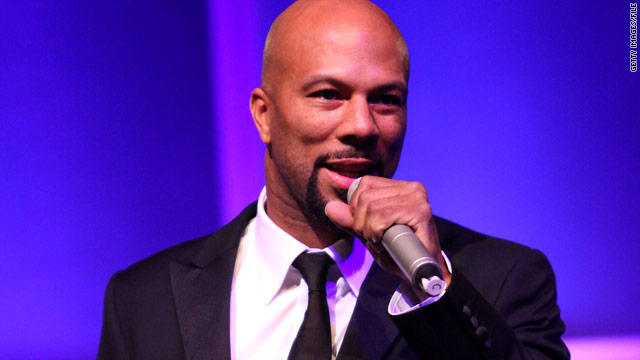 The hip-hop performer and mainstream movie actor with a longtime reputation for his star power and socially conscious lyrics will be among a number of artists appearing with first lady Michelle Obama on Wednesday at a White House event honoring poetry. Conservatives including Karl Rove, Sean Hannity and Former Alaska Gov. Sarah Palin are lambasting the invitation based on Common's 2007 performance on HBO's "Def Poetry," which is now posted on YouTube.

In "Letter to the Law," Common rapped about government corruption and police abuse in the inner city. He also criticized President George W. Bush's involvement in Iraq. "Burn a Bush 'cos for peace he no push no button," the artist said. "Killing over oil and grease/ no weapons of destruction."

Palin was the first to bring the clip national attention when she sent a Twitter message linking to a story about the poetry in the right-leaning website The Daily Caller. "Oh lovely, White House," Palin said.

By Tuesday night, Rove, Bush's top adviser turned Fox News commentator, was on the record calling Common "a thug." Hannity used his Fox program to accuse Common of previous drug use and promiscuity. Common has appeared in films such as "Terminator Salvation," "Date Night" and, most recently, "Just Wright" with Queen Latifah. He also starred in a Gap ad, "Peace, Love, the Gap."

She'll be by husband New Gingrich's side Wednesday when he's expected to launch his campaign for the White House. And, like Newt Gingrich's previous two wives, Callista Gingrich will have an integral role in his political persona.

According to a New York Times profile earlier this week, the 45-year-old met her husband when she was a Hill staffer and he was married to wife No. 2, Marianne Gingrich. Newt and Callista Gingrich carried on a secret affair for six years and married 11 years ago. "Depending on one's point of view," the Times article said, "she is a reminder of his complicated past, or his secret political weapon."

His assets in the West have now been frozen because of EU sanctions. President al-Assad has not been implicated, and he has previously said thugs were behind the violence.

The natural gas spike is exacerbating the United States' first brush with inflation in more than a dozen years. cnn.it/3oi0TqC
cnni

10:13 pm ET September 28, 2021 RETWEET
United Airlines has announced that only 593 of its workers face dismissal for not complying with the requirement toâ€twitter.com/i/web/status/1â€¦FK
cnni

9:53 pm ET September 28, 2021 RETWEET
Top US military officials warned that the war in Afghanistan and the war on terror are not over, even if the US milâ€twitter.com/i/web/status/1â€¦hO
cnni

9:36 pm ET September 28, 2021 RETWEET
The pandemic has amplified employee burnout across the board but it has been especially bad among women, who are inâ€twitter.com/i/web/status/1â€¦SE
cnni