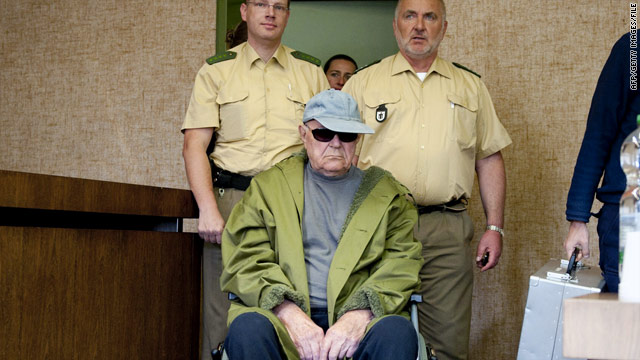 John Demjanjuk, known as Ivan the Terrible, was found guilty of killing tens of thousands of Jews.
May 12th, 2011
07:10 AM ET

John Demjanjuk was found guilty Thursday of involvement in tens of thousands of murders by a court in Germany, capping a 25-year international legal saga over whether he was a Nazi camp guard during World War II. He was sentenced to five years in prison.

German prosecutors accused the 91-year-old former Ohio auto worker of being a guard at the notorious Nazi death camp of Sobibor in Poland. His defense team argued that he was a prisoner of war who was forced to do what the Nazis wanted. FULL STORY

12:04 pm ET May 24, 2022 RETWEET
A heat advisory for drought-stricken California leads to a need to increase water conservation, or else Californianâ€twitter.com/i/web/status/1â€¦61
CNNweather

12:04 pm ET May 24, 2022 RETWEET
A heat advisory for drought-stricken California leads to a need to increase water conservation, or else Californianâ€twitter.com/i/web/status/1â€¦61
CNNweather