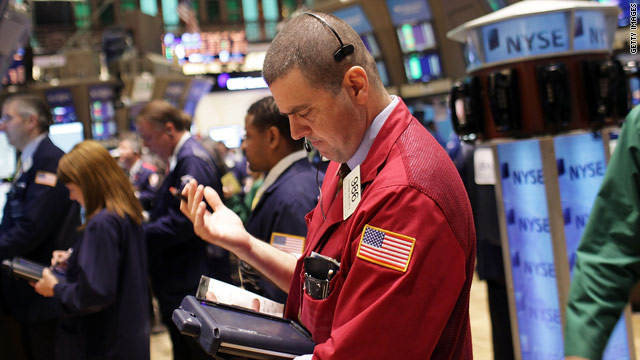 Stocks followed commodities Thursday, rebounding from their lows to end higher in the afternoon.

Stocks had started the day in sell mode, weighed down by lower commodity prices and a dour outlook from Cisco Systems. But the momentum shifted midday as commodities erased earlier losses and the dollar pulled back against the euro.

The e-mails were meant to whip media outlets into a frenzy - but the effort backfired when journalists found out that that the anti-Google campaign, conducted by PR giant Burson-Marsteller, was paid for by Facebook.

Welcome to a new level skullduggery in the growing war between Facebook and Google.

At stake is one of the most valuable data sets in existence: The social graph. It's a map of the connections between you and everyone you interact with. Facebook has it. Google has pieces of it, and wants more. That puts the two companies on a collision course.

Sprint is offering up to $175 to customers who switch from other wireless carriers.

The credit is meant to "give customers a chance to try Sprint without having to worry about fees or charges for terminating their contracts with their current carriers," Sprint spokesman Lloyd Karnes said in an e-mail.

To get the credit, all accounts must be ported from existing contracts, and they must remain active for 61 days. A two-year contract is required.