Two NASA astronauts make history with their successful launch into space aboard a SpaceX rocketâ€twitter.com/i/web/status/1â€¦QX

After questionable weather, officials give the all clear for the SpaceX launch cnn.it/2ZOqdrX https://t.co/j0j74bgrTm

Between 400 to 500 people were arrested during Friday night's protests in Los Angeles, an LAPD spokesperson saysâ€twitter.com/i/web/status/1â€¦0v

NASA astronauts Bob Behnken and Doug Hurley climb aboard SpaceX's Crew Dragon spacecraft as they prepare for a missâ€twitter.com/i/web/status/1â€¦j6

An unarmed Palestinian man was shot and killed by police in Jerusalem, Israeli police say cnn.it/3ewgzhG 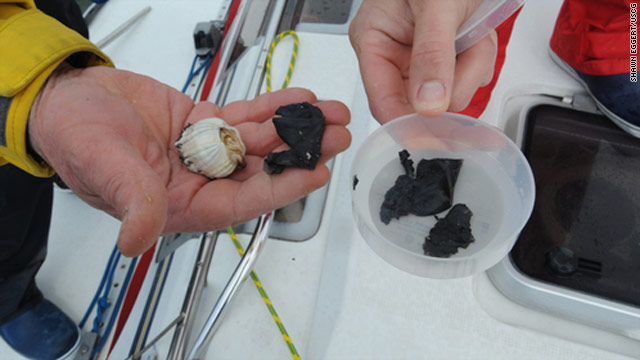 L'Orca, a 38-foot sailboat out of Portland, Oregon, was participating in the Oregon International Offshore race in the Pacific Ocean on Thursday morning when a breaching humpback whale crashed down onto the vessel, crushing its mast and rigging and knocking it out of the race to Victoria, British Columbia.

The sailboat was about a half-hour into the race when the whale struck about 9:30 a.m.

"It looked to be a humpback whale, about 30 feet in length roughly. It hit the mast about halfway to three-quarters of the way up, and then proceeded to fall forward and on the starboard side of the boat. The mast came down as well as the forestay and all the rigging, and our tow rail and all our life lines on the starboard side of the boat were demolished, as well," crewmember Ryan Barnes, whose father owns L'Orca, said in a Coast Guard video.

The sailboat's crew was in the cockpit when the whale struck and no one was hurt, Barnes said.

A U.S. Coast Guard motor lifeboat escorted the L'Orca back to Astoria, Oregon.

While the L'Orca's crew of six didn't end the day with a victory, they did come home with a trophy of sorts - a dish full of bits of flesh the breaching leviathan left behind.

"I have some nice pieces of whale blubber as souvenirs and proof of what happened," Barnes said.

The coronavirus-hit Formula One season will finally get underway with the Austrian Grand Prix on July 5, the Austriâ€twitter.com/i/web/status/1â€¦fm
cnni

3:43 pm ET May 30, 2020 RETWEET
How has Vietnam seemingly bucked the global trend and largely escaped the scourge of the coronavirus? The answer, aâ€twitter.com/i/web/status/1â€¦Y7
cnni