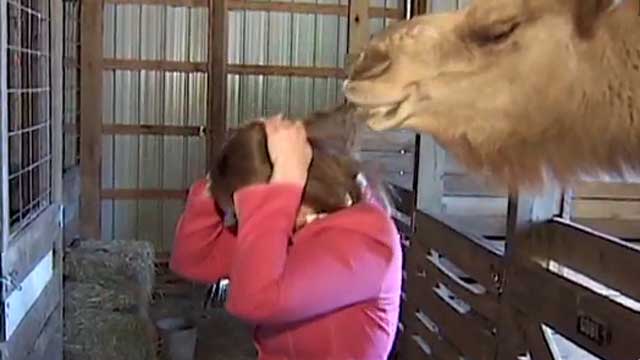 Every now and then a video emerges that highlights the pitfalls of live reporting. The most recent occurrence includes a reporter from WWBT who becomes the unfortunate target of a camel. There are only so many things reporters and producers can control once the cameras are rolling . These videos show the handful of times when things don't quite go as planned.

Real angry birds – You can almost guarantee that when reporting anywhere near animals, they will somehow misbehave. Unfortunately, this reporter was the target of some angry pelicans.

Now you see me – While reporting in Iraq last summer, our Fred Pleitgen vanished into a sandstorm while reporting on the war there.