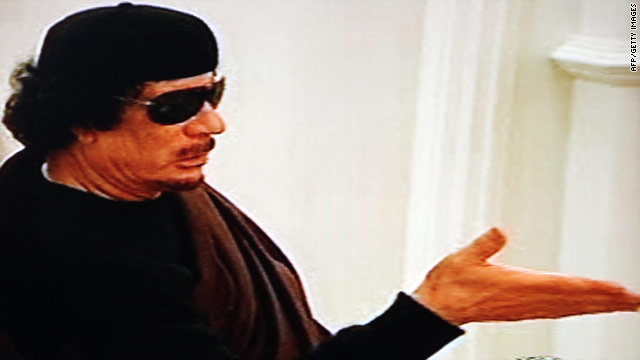 The chief prosecutor of the International Criminal Court on Monday requested arrest warrants for Libyan leader Moammar Gadhafi, his son and his brother-in-law, saying there is evidence Gadhafi has committed crimes against humanity in his efforts to maintain hold over the country in a months-long battle.

Luis Moreno-Ocampo said his office "gathered direct evidence about orders issued by Moammar Gadhafi himself, direct evidence of Saif al-Islam Gadhafi organizing the recruitment of mercenaries and direct evidence of the participation of (Abdullah) al-Sanussi in the attacks against demonstrators." Al-Sanussi, the brother-in-law, is Gadhafi's head of intelligence and chief enforcer.

"The evidence shows that civilians were attacked in their homes; demonstrations were repressed using live ammunition; heavy artillery was used against participants in funeral processions, and snipers placed to kill those leaving the mosques after the prayers," Moreno-Ocampo said in a statement.