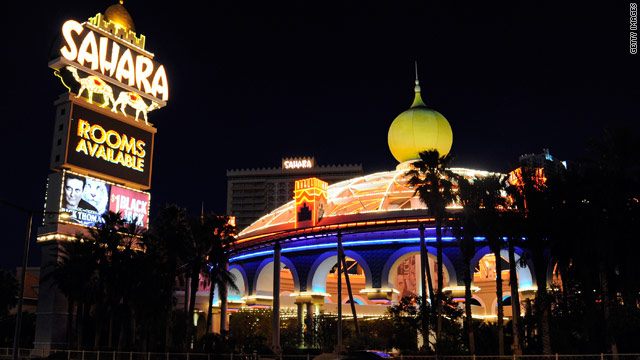 The final guest is scheduled to check out around noon, the Review Journal reported, and 1,050 jobs will be lost.

The hotel's website said it was transferring all reservations to its partner Circus Circus.

The James Webb Space Telescope has spied clouds on one of the solar systemâ€™s most intriguing moonscnn.it/3ukjfZExe
cnni

2:00 am ET December 2, 2022 RETWEET
Tesla made the first deliveries of its Semi truck to customers Thursday evening, five years after the heavy-duty haâ€twitter.com/i/web/status/1â€¦yx
cnni

1:30 am ET December 2, 2022 RETWEET
â€˜Tis the season to mix milk into your soda. According to Pepsi, anywaycnn.it/3UohPrSs4
cnni