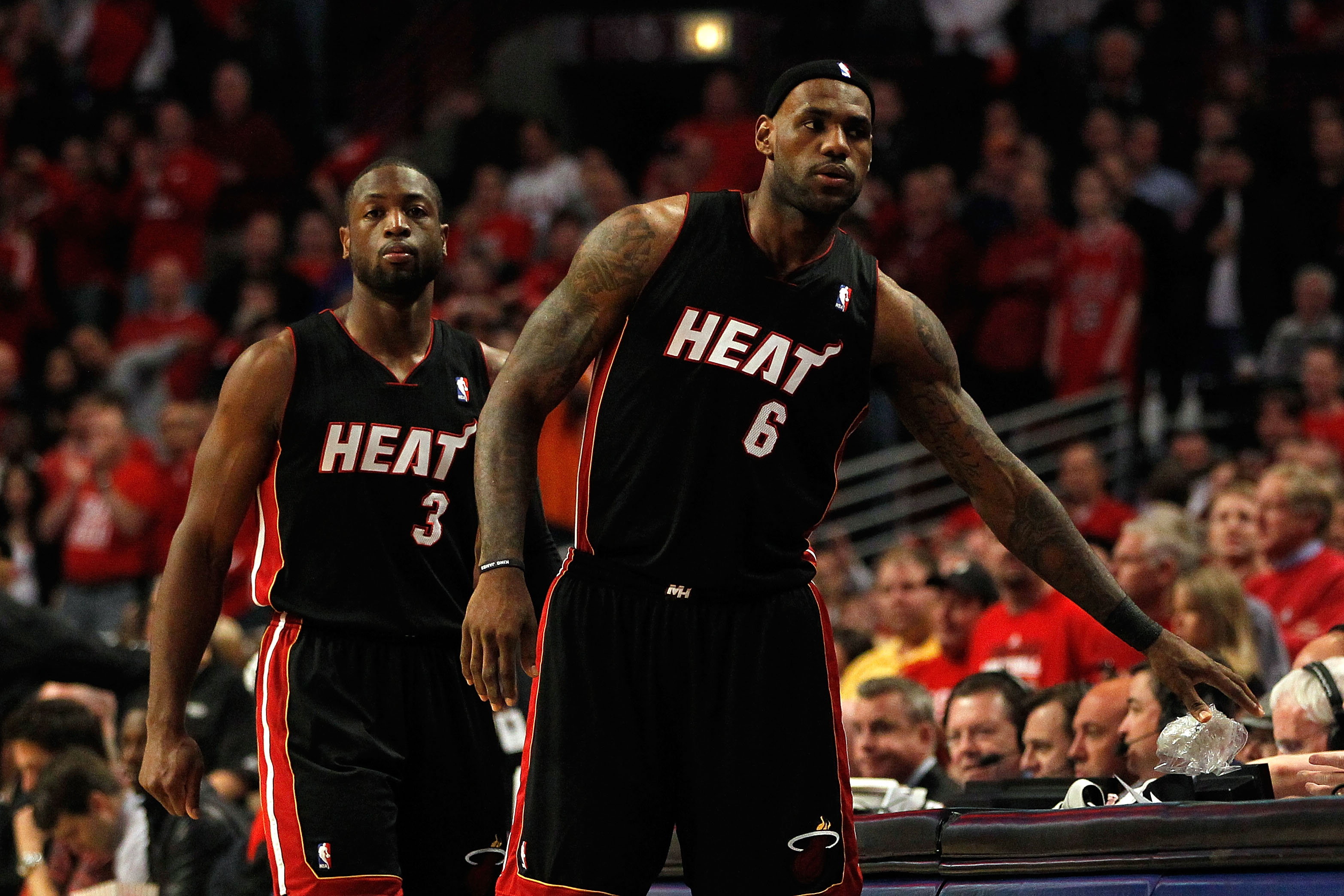 Dwyane Wade and LeBron James, by themselves, had almost as many turnovers as the Bulls in the Heat's loss Sunday.
May 16th, 2011
04:50 PM ET

With two dunks to kick off the NBA's Eastern Conference finals, the Miami Heat looked poised to dominate the Derrick Rose-led Bulls on Sunday.

As SI.com's Ian Thomsen explains, in a 103-82 rout of Miami, the Bulls flexed their defensive muscles early and capitalized on less-than-stellar performances from LeBron James and Dwyane Wade to win Game 1.

"This was an embarrassing performance for a pair of stars who pride themselves on team play," Thomsen writes. "The Heat's minus-5 assist-to-turnover difference (11 to 16) was written in fire-engine red ink. James and Wade shared equal blame in a combined eight turnovers, one fewer than Chicago as a team. The Bulls have now won all four games this season against Miami, and this was their most important and emphatic victory. It was a triumph of team play against two individuals."

Though the Heat and Bulls were tied going into the half, Chicago dominated the remainder of the game, casting aside early shooting struggles in favor of more ball movement and better results. While Game 1 highlighted Miami shortcomings - and showcased some of the Bulls' greatest strengths - to think that the Heat will take their loss lying down would be a mistake. Stay tuned for Game 2 Wednesday night.

1.5 - Seconds by which Michael Phelps beat Ryan Lochte in Sunday's 200-meter backstroke at the Charlotte UltraSwim.

13 - Number of errors the slumping Yankees have made in the last 10 games. Their most recent loss came Sunday, when the Red Sox beat them 7-5 in New York.