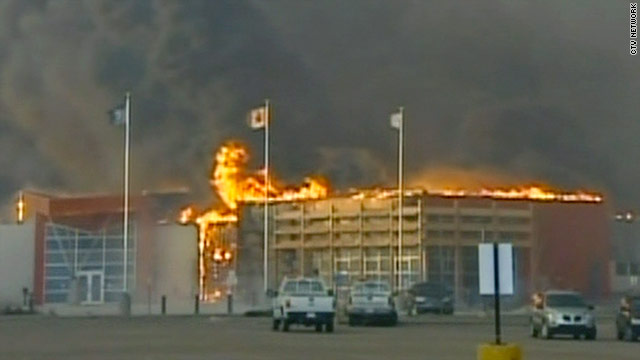 “The smoke is terrifying, black and just billowing. I called everyone I could get a hold if and asked them to leave if they hadn't already,” Slave Lake resident Cindy Martin, 27, said in an e-mail quoted by the Globe and Mail. “I'm very much in panic. At this point even if our home is OK, there will not be much of the community to go back to. Who even knows if we will have a job to go back to? Our entire lives were in Slave and now it will never be the same and the fire doesn't seem to be stopping anytime soon.”