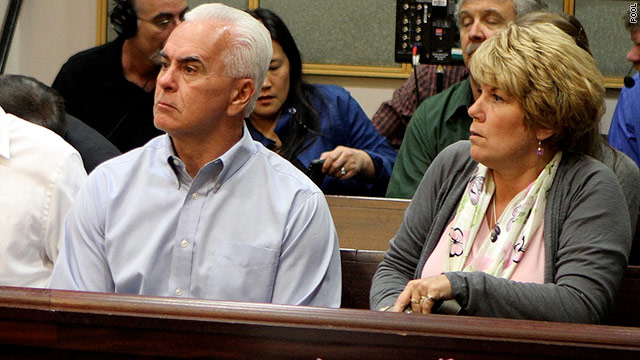 George and Cindy Anthony have applied for a trademark on granddaughter Caylee Anthony's name.
May 17th, 2011
07:06 PM ET

Caylee Anthony's grandparents have applied for trademarks on her name as well as the phrase "Justice for Caylee" to prevent others from using or profiting from the slain Florida toddler's likeness, the couple's lawyer said Tuesday.

"This website is an affront to the memory of Caylee Anthony and the family will not tolerate the malicious production of her name in any format," stated a May 17 letter from Orlando attorney Mark Lippman  to Cafepress' legal department.

The letter asked that the site pull the merchandise, which it says is libelous in nature, and provide an accounting of all sales and proceeds from the merchandise.

Cafepress had yet to receive the letter, a representative for the California-based company said Tuesday. Cafepress does not create the content on its site, the representative said. The designs are created by consumers, who upload them to the site.

Caylee Anthony's name has appeared on T-shirts, buttons, fliers and merchandise such as dolls since her disappearance in 2008.