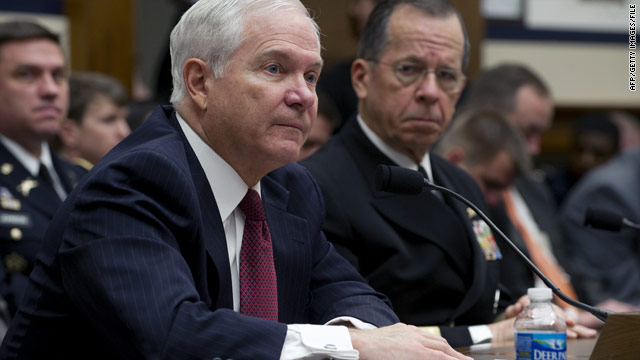 Defense Secretary Robert Gates and Chairman of the Joint Chiefs of Staff Admiral Mike Mullen made the statement to reporters Wednesday.
May 18th, 2011
01:32 PM ET

The nation's top military officer said the extensive details told to the media about the Osama bin Laden raid is "jeopardizing precious capability."

"It is time to stop talking," the Chairman of the Joint Chiefs of Staff said Wednesday in answer to a question from CNN's Barbara Starr.

Secretary of Defense Robert Gates said the agreement in the administration to not talk about the operational details of the raid "lasted about 15 hours."