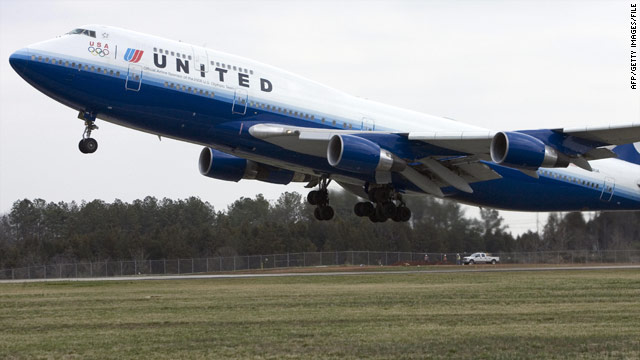 United Airlines blamed a technical glitch Wednesday for the brief return of flight numbers 93 and 175, designations retired after the September 11, 2001, attacks on New York and Washington.

Airline spokesman Rahasaan Johnson told CNN the numbers will remain off the books and that the company apologizes for the error. He said the glitch occurred when two Continental Airlines flights that carried those numbers were redesignated as United flights as part of the merger between the two carriers.

The two United flights were among four hijacked jetliners used as missiles in the worst terrorist attacks on U.S. soil. Al Qaeda operatives plunged Flight 175 into the south tower of the World Trade Center, while Flight 93 crashed into a Pennsylvania field after its passengers attempted to resist their hijackers. The union that represents United's flight attendants criticized the revival of those numbers, calling it "a terrible misstep."

"If they're backing off, then good. It should never have happened in the first place," said Sara Nelson, a spokeswoman for the Association of Flight Attendants. "We applaud any steps taken to ensure they're permanently retired, and that this doesn't happen again."

Nearly 3,000 people died in the 9/11 attacks, including the flight crews and passengers aboard all four jets. U.S. forces killed al Qaeda leader Osama bin Laden, the man behind the massacre, in Pakistan in early May.

- CNN's Kara Devlin and Matt Smith contributed to this report.

Haitian migrants cross the Rio Grande River back and forth between Mexico and the US as @MattRiversCNN reports theŌĆtwitter.com/i/web/status/1ŌĆ”q4
cnni

8:10 pm ET September 22, 2021 RETWEET
JUST IN: The US Food and Drug Administration has OK'd a booster dose of Pfizer's Covid-19 vaccine for certain adultŌĆtwitter.com/i/web/status/1ŌĆ”fI
cnni

7:47 pm ET September 22, 2021 RETWEET
A group of bipartisan US lawmakers is dedicated to getting a new memorial to honor military veterans of the globalŌĆtwitter.com/i/web/status/1ŌĆ”fw
cnni