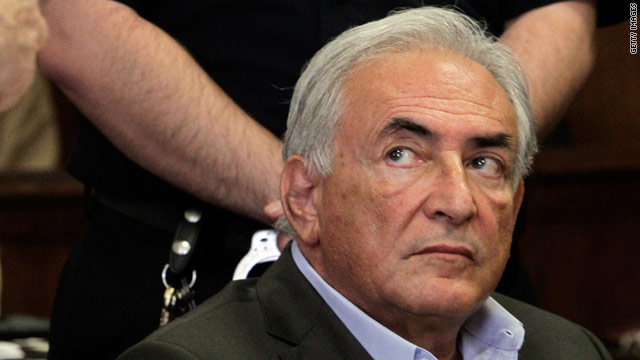 A judge has signed an order for the release of former International Monetary Fund chief Dominique Strauss-Kahn, his lawyer said Friday.

The attorney spoke to reporters outside the courtroom where final details of his release from Rikers Island jail were hashed out between the prosecution and the defense.

"He will be released," lawyer William Taylor said about his client, who resigned Wednesday as head of the IMF and who is charged with sexual assault of a maid last Saturday in a Times Square hotel. Taylor did not say when the release would take place.

During the hearing, Obus said a security company had found a temporary location for Strauss-Kahn to live in and that a hunt was on for longer-term lodging. While Strauss-Kahn is in the initial location, he will not be able to leave at all except for medical reasons, Obus said. Once he is in his longer-term location, the former banker must give six hours notice before leaving.

Taylor pleaded with members of the news media to grant privacy to his client and his client's family. "The reason that he had to move is because members of the press attempted to invade his private residence and interfere with his family's privacy," Taylor said.

The defense team was planning to take proof of the $1 million cash bail and $5 million bond to the judge, a court officer said. A document signed by bondsman Ira Judelson shows that the bond was secured by money from the accused's wife, Anne Sinclair.