An armed man attempting to withdraw money from his frozen account is holding several employees and customers hostagŌĆtwitter.com/i/web/status/1ŌĆ”DN

A key inflation benchmark slowed in July after surging in the previous month, offering a glimmer of hope that US prŌĆtwitter.com/i/web/status/1ŌĆ”ju 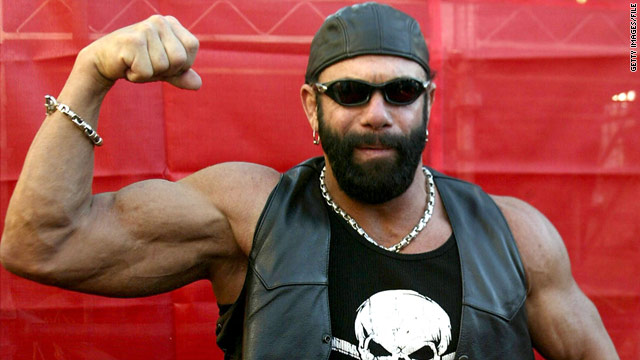 "WWE is saddened to learn of the passing of one of the greatest Superstars of his time, Randy Poffo, aka Randy ŌĆ£Macho ManŌĆØ Savage," the wrestling federation said in a statement. "Poffo was under contract with WWE from 1985 to 1993 and held both the WWE and Intercontinental Championships. Our sincerest condolences go out to his family and friends. We wish a speedy recovery to his wife Lynn. Poffo will be greatly missed by WWE and his fans."

"WeŌĆÖre saddened by the loss," ConAgra Foods, who oversees the Slim Jim brand said in a statement. "Randy was a beloved ambassador for the Slim Jim brand for many years and will be greatly missed. Our thoughts and prayers are with his family and friends at this time."

8:41 am ET August 10, 2022 RETWEET
ŌĆ£JamesŌĆÖ office is considering whether to file a civil suit against Trump and his company and has said it has ŌĆ£utwitter.com/i/web/status/1ŌĆ”0BQA05Pk
susancandiotti

From glue, markers, pens and tape to backpacks, sneakers, and even underwear, price tags on these necessities haveŌĆtwitter.com/i/web/status/1ŌĆ”gZ
cnni

12:30 pm ET August 11, 2022 RETWEET
This woman found a stray cat outside her home and took him in. Now, she's built a caf├® where cats can roam free andŌtwitter.com/i/web/status/1ŌĆ”AQA
cnni

12:15 pm ET August 11, 2022 RETWEET
Western Europe was struggling to deal with the fallout from extreme heat and drought, with wildfires causing evacuaŌĆtwitter.com/i/web/status/1ŌĆ”4l
CNNweather

12:00 pm ET August 11, 2022 RETWEET
One airline has decided to start a route back up to Russia, in response to what it says is passenger demand. cnn.it/3vXVyHN
cnni

12:55 pm ET August 11, 2022 RETWEET
A stretch of Interstate 71 in Ohio has been closed after a person attempted to gain entry into the FBIŌĆÖs Cincinnatitwitter.com/i/web/status/1ŌĆ”b0rM
cnnbrk

9:56 am ET August 11, 2022 RETWEET
A key inflation benchmark slowed in July after surging in the previous month, offering a glimmer of hope that US prŌĆtwitter.com/i/web/status/1ŌĆ”ju
cnnbrk