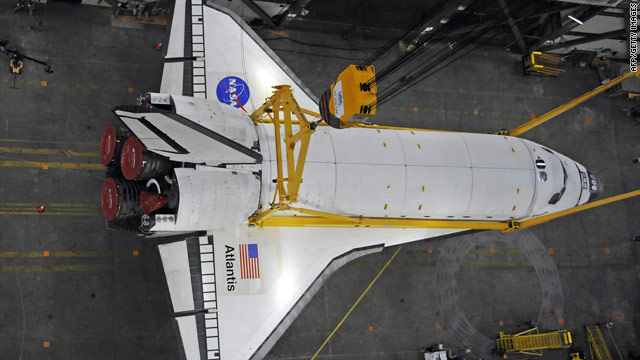 Space shuttle Atlantis on May 18, 2011 at Kennedy Space Center before it is attached to rocket boosters and external tank for the final flight.
May 20th, 2011
11:49 AM ET

The Space Shuttle Atlantis will make the program's final voyage on a mission to deliver supplies and spare parts to the international space station, the agency said.

Chris Ferguson, a veteran of two shuttle missions, will command the flight, set to launch at 11:40 a.m., NASA said.