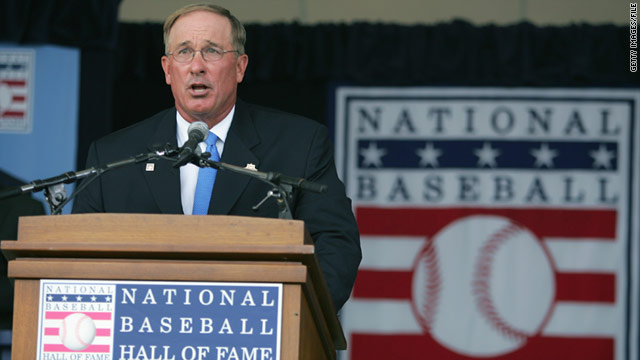 In a statement released on the New York Mets website, Carter said the discovery came from an MRI.

"Earlier today, I learned that four very small tumors have been found on my brain, following an MRI on Friday at a West Palm Beach facility," Carter said. "I am scheduled to be examined further Thursday at Duke Medical Center, and we will learn more at that time about my diagnosis.

"My wife, Sandy, and our children and family thank you for your thoughts and prayers. We ask that you please respect our privacy as we learn more about my medical condition," he said in the statement.

There's no word on whether the tumors are malignant or benign.

Carter, known as "The Kid" throughout his career, was a three-time Golden Glove winner, a five-time Silver Slugger award recipient and was inducted into baseball’s Hall of Fame in 2003. At the induction ceremony, he said, "It's nice to know that even though my body feels like an old man now, I will always be a kid at heart."

Mets Chief Operating Officer Jeff Wilpon released a statement about Carter as well. "On behalf of the Mets organization, our thoughts and prayers are with Gary, Sandy and the entire Carter family," it said.

Carter retired in 1992 after 19 seasons with the Montreal Expos; the New York Mets, where he won a pennant; the San Francisco Giants; and the Los Angeles Dodgers.