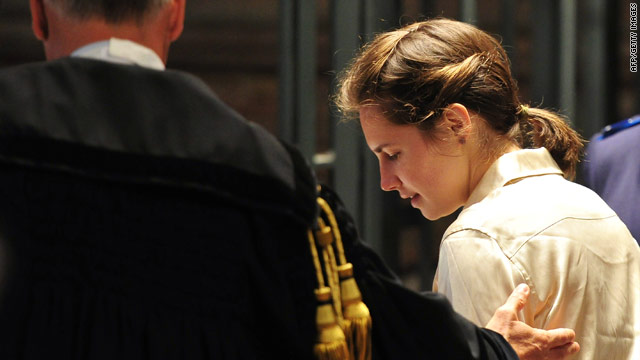 A probe into the evidence against Amanda Knox, the American student convicted of murder in Italy, was extended Saturday for another 40 days, according to her attorney.

The results of new DNA tests were due Saturday, but forensic experts were not able to complete their work in time.

Knox, 23, was sentenced in December to 26 years in prison for the death of Meredith Kercher at the villa the two shared in Perugia, the central Italian town where both were students.

Speaking in Italian, Knox made another emotional plea to the court Saturday, said her attorney, Luciano Ghirga. Knox insisted to the jury that she is innocent and has already spentÂ 3 1/2 years behind bars.

She also said she is grateful for the court's pursuit of the truth, Ghirga said.

The forensic experts retesting evidence as part of Knox's appeal areÂ scheduled to present their results on June 30 to a jury of two judges and six citizens.

A geophysicist who allegedly beat police officers who were trying to help injured rioters during the US Capitol sieâ€twitter.com/i/web/status/1â€¦Of
cnni

1:01 am ET April 15, 2021 RETWEET
Heather Abbott was severely injured in the Boston Marathon bombing. Today, she is helping fellow amputees of all aâ€twitter.com/i/web/status/1â€¦cu
cnni