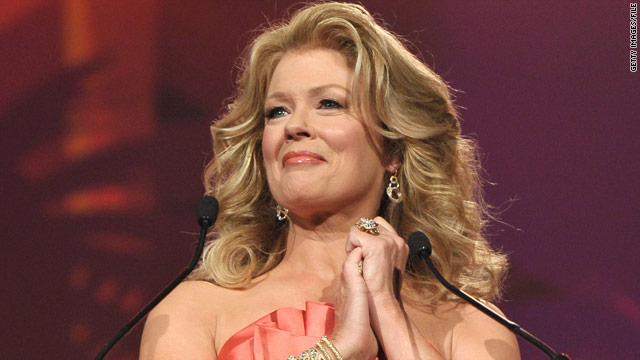 The end of Oprah Winfrey's run as the queen of talk isn't television's only iconic departure. Last week, Mary Hart left  "Entertainment Tonight" after 29 years, and Katie Couric hosted her final broadcast as anchor of the "CBS Evening News."

The week was punctuated by the news that Jim Lehrer, the longtime host of "PBS NewsHour," would leave as well. Next up will be Meredith Vieira's final day on the "Today" show in June. And later this year, Regis Philbin is set to leave "Live," which he has hosted in syndication for nearly 30 years.

The Chicago Tribune's Phil Rosenthal noted the best farewells are usually the shortest ones. However, Winfrey's two-day extravaganza, which begins Monday, is an exception because it is a graduation of sorts, he said. Winfrey moves on to her network OWN. Whether her viewers will follow remains to be seen.

The Wichita (Kansas) Eagle reporter Neil and photographer Green, along with Neil's 6-year-old daughter, Lexi, survived the tornado in Joplin, Missouri, that has killed at least 89 people. The three were driving through the city when they received a warning from a friend in Wichita about the storm's severity, according to the paper.

They took shelter under a carport at a medical office south of St. John's Regional Medical Center, which took a direct hit from the powerful tornado.

"We realized we were in trouble," Neil told the Eagle. "The rain was going in circles. The roofs of buildings were coming off."

In a New York Times Times op-ed published Sunday, the father of the original "American Taliban," John Walker Lindh, called his son a scapegoat in the war on terrorism and asked that he be released from prison. The younger Lindh is serving a 20-year sentence in a federal prison in Terre Haute, Indiana.

Likening his son to Ernest Hemingway during the Spanish Civil War in the 1930s, Frank Lindh said his son was in Afghanistan with good intentions before the Taliban were regarded as a U.S. enemy.

"He thought he could help protect Afghan civilians against brutal attacks by the Northern Alliance warlords seeking to overthrow the Taliban government. His decision was rash and blindly idealistic, but not sinister or traitorous. He was 20 years old."

John Lindh ultimately was convicted of aiding the Taliban and carrying weapons. He was not tried on terrorism or conspiracy charges.

Reports this weekend indicated the elusive leader of the Taliban in Afghanistan had been killed.

However, a spokesman for the Taliban said Omar is "alive and well."

"We strongly reject these false claims of the enemy," spokesman Zabihullah Mujahid said in a statement urging "our fellow countrymen, Mujahedeen and the rest of the Muslims not to believe these intelligence lies and false reports."

Tolo television in Kabul reported that Omar was killed on Saturday as he was being moved from Quetta to North Waziristan in Pakistan.

Gen. Hamid Gul, a former top Pakistani intelligence official, called the reports "nonsense" and "disinformation," but then said he had no idea whether the Taliban leader is alive or dead.

An official with the NATO-led International Security Assistance Force told CNN there was no indication the report was true.