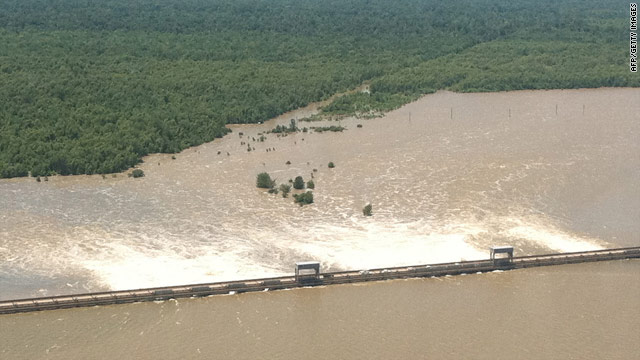 The U.S. Army Corps of Engineers says it has begun closing some bays of Louisiana's Morganza Spillway, which was opened earlier this month to divert excess Mississippi River water from heavily populated areas like New Orleans and Baton Rouge.

The opening of 14 bays sent the excess water to the Atchafalaya River basin - a less populated area of south-central Louisiana. More than 3,000 people were evacuated in the St. Landry and St. Martin parishes because of the spillway's opening.

Kim Kardashian West is set to make her "SNL" hosting debut. She's one of 4 guest hosts announced by NBC. The otherâ€twitter.com/i/web/status/1â€¦Mh
cnni

10:30 pm ET September 22, 2021 RETWEET
Autumn may have arrived in the Northern Hemisphere, but day and night aren't as "equal" on the equinox as you may tâ€twitter.com/i/web/status/1â€¦7o
cnni

9:52 pm ET September 22, 2021 RETWEET
This TikTok video went viral showing US Marines walking toward a vehicle on a side of a flooded roadway.â€twitter.com/i/web/status/1â€¦03
CNNweather