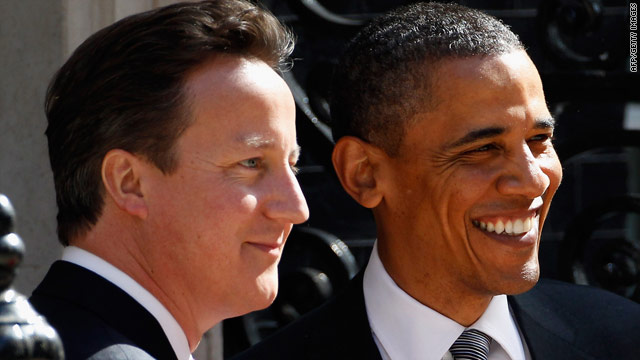 Obama and Cameron: No letup on Gadhafi

"We will continue to strongly oppose the use of violence against protesters," said Obama at a joint news conference following talks with Cameron at his office, 10 Downing Street.

"That is one of the reasons we are working together in Libya," Obama said. "I do think we have made enormous progress in Libya. We have saved lives. Gadhafi and his regime need to understand there will not be a letup in the pressure we are applying."

The two men spoke before Obama was scheduled to address both houses of Britain's Parliament later Wednesday, the second day of a state visit blending pomp, ceremony and diplomacy. Obama's speech was described by a top aide as an anchor for his European trip.