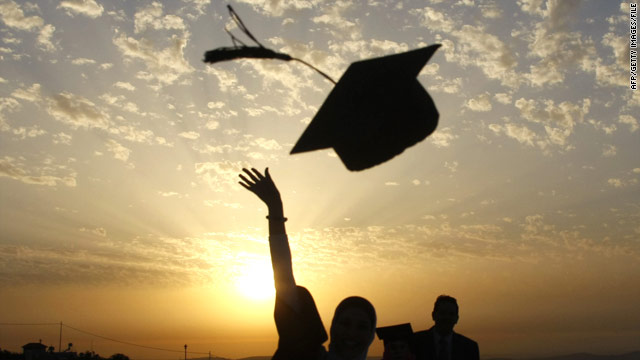 Laura Deming, Faheem Zaman and John Burnham put their college graduation on hold to use a grant to start a tech company.
May 26th, 2011
12:38 PM ET

These three students dropped out of college to receive a $100,000 grant and mentorship to start a tech company. They are part of the first group of Thiel Fellows - 24 people under age 20 who have agreed to put their formal education on hold for two years for this one-of-a-kind opportunity.

Deming, 17, is developing anti-aging therapies; Zaman, 18, is building mobile payment systems for developing countries; and Burnham, 18, is working on extracting minerals from asteroids and comets. Peter Thiel, the PayPal co-founder and Facebook investor, announced the first group of Thiel Fellows on Wednesday through his Thiel Foundation. He says the fellowship addresses two of the country's most pressing problems: a bubble in higher education and a dearth of Americans developing breakthrough technologies.

"We're not saying that everybody should drop out of college," Thiel told The New York Times.

The fellows can always go back to school. The problem, he said, is that "in our society, the default assumption is that everybody has to go to college."

"I believe you have a bubble whenever you have something that's overvalued and intensely believed," Thiel said. "In education, you have this clear price escalation without incredible improvement in the product. At the same time, you have this incredible intensity of belief that this is what people have to do. In that way, it seems very similar in some ways to the housing bubble and the tech bubble."

The lifelong Joplin, Missouri, resident's home was spared in the tornado Sunday that destroyed much of the city.

That home has now become a refuge for some of Herrod's neighbors as he spends his days checking on residents of his numerous rental properties throughout the city while working with his church on relief efforts. He told National Public Radio that he's anxious to start the rebuilding process and get people into homes as soon as possible.

The 91-year-old celebrated 70 years in public service Tuesday in Birmingham, Alabama. Wilkinson has been a letter carrier for the postal service since 1947 and was a U.S. Marine for six years before that.

Wilkinson told The Birmingham News that his last day working "will be the day I die. There's nothing much to do at home but cut the grass."