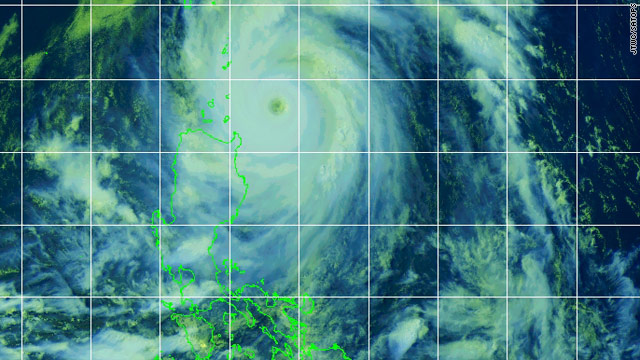 Three stories to watch into the weekend.

Pacific typhoon: Typhoon Songda was weakening Friday over the western Pacific but was still expected to be a Category 3 storm when it passes near the Japanese island of Okinawa on Saturday.

The Pacific Joint Typhoon Warning Center in Pearl Harbor, Hawaii, forecasts Songda's maximum sustained winds to be 120 mph with gusts up to 150 mph as it approaches Okinawa, home to tens of thousands of U.S. military personnel, on Saturday. The Japan Meteorological Agency forecast Songda to be a very strong storm as it approaches Okinawa.

Significant weakening was predicted, however, as the typhoon passes southeast of Japan's main islands on Sunday.

U.S. military officials on Okinawa have banned troops from consuming alcohol during the storm, saying alcohol use in such conditions puts troops and their mission in danger.

Officials in the Philippines said Songda, also known as Chedeng, killed two people there, according to the Philippine Information Agency.

Art triathlon: Scores of artists, pilots and engineers will bring their one-of-a-kind kinetic machines to race for the glory at the 43rd annual Kinetic Grand Championship.

Billed as "The Triathlon of the Art World," the event pits human-powered art sculptures on wheels against one another in a three-day race across California's northern coast.

Pilots guiding "kinetic sculptures" ranging from gigantic tricycles to hulking metallic lobsters will traverse road, water and sand on their way from the city of Arcata to Ferndale.

"Boston is 1-0 in home playoff Game 7s this year, while Tampa Bay is 1-0 on the road. Something's gotta give," writes SI.com's Adrian Dater.

Friday night's winner will take on the Vancouver Canucks for the Stanley Cup.