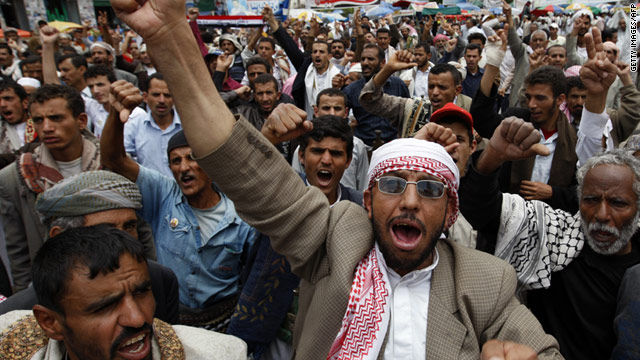 Some Yemeni residents heeded calls to evacuate parts of their capital city Saturday in expectation of further clashes between the country's long-time president Ali Abdullah Saleh and tribal leaders, but most remained firmly entrenched in their homes, according to witnesses.

The order was carried out by members of the country's Republican Guard and law enforcement, who warned residents in city neighbourhoods of more confrontations after tensions flared Friday between Nehm tribesmen and soldiers of the Republican Guard.

The tribesmen said the soldiers attacked a village, but tribal fighters, battling back, managed to take over military compounds.

Meanwhile, armed tribesmen were seen massing at four locations around the Yemeni capital of Sanaa, witnesses said, as well as near the house of Sheikh Sadeq al-Ahmar, the leader of the powerful al-Hashid tribe whose forces oppose the government.