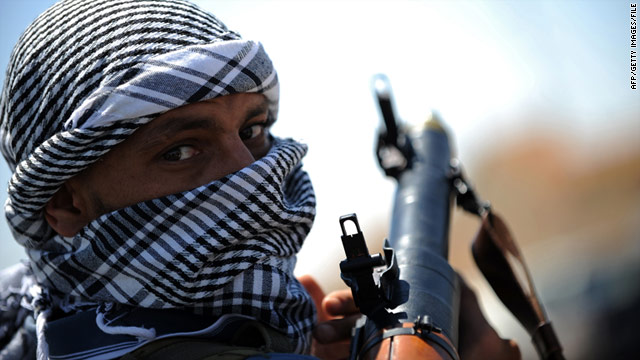 Unlike many other world leaders and alliances, Zuma, his African National Congress party and the African Union - which he will represent on his trip, and which Gadhafi himself once led - have not called for the longtime Libyan leader to step down. In fact, it has criticized the NATO airstrikes targeting government forces.

Noureddine Mezni, an African Union spokesman, said the mission is to call for the cessation of all hostilities, followed by peace talks between the warring parties. The continental organization has helped mediate such talks before, including ones in Kenya and Zimbabwe that left the ruling powers still in control.

Zuma's first visit to Tripoli in April was launched with similar intentions, but did not achieve its desired results. On Saturday, rebel leaders marked the 100th day of an uprising they say was launched over concerns about lack of freedom, democracy and other concerns related to Gadhafi's 42-year rule. 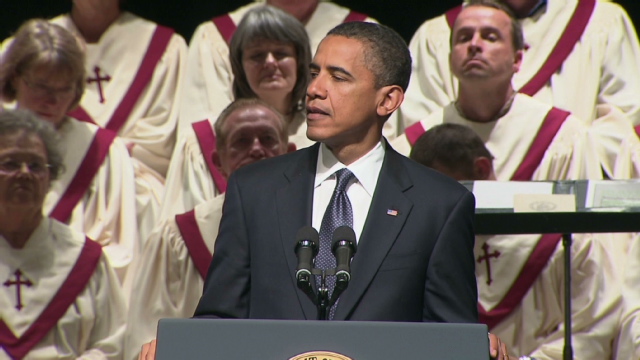 President Barack Obama on Sunday spoke at a service for the victims of last week's tornado that killed at least 142 people in Joplin, Missouri.
May 29th, 2011
07:02 PM ET

At memorial for tornado victims, Joplin vows to heal, rebuild

Those who have survived a devastating tornado in Joplin, Missouri, should do their utmost to live up to the example set by those who died while helping others escape the storm, President Barack Obama said Sunday at a memorial service for the victims.

Obama spoke about two of the heroes from the twister, which barreled into Joplin packing 200-mph winds a week ago Sunday.

One of them, Dean Wells, directed his co-workers and customers at Home Depot to safety, returning again and again for more people until a wall of the store fell on top of him, the president said.

And Christopher Lucas, 26, a manager at a Pizza Hut, herded employees and customers into a walk-in freezer, finding a bungee cord to hold the door shut from the inside and wrapping the other end around his arm. Lucas held on as long as he could, Obama told the crowd Sunday, "until he was pulled away by the incredible force of the storm. He died saving more than a dozen people in that freezer.

"There are heroes around us all the time," the president said. "And so, in the wake of this tragedy, let us live up to their example, to make each day count, to live with a sense of mutual regard, to live with that same compassion that they demonstrated in their final hours. We are called by them to do everything we can to be worthy of this chance we've been given to carry on." 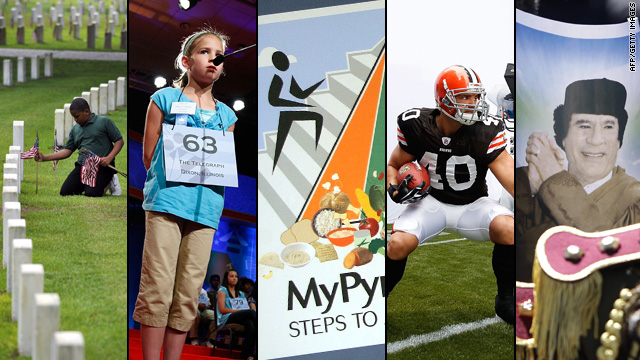 One 2008 presidential candidate is expected to formally launch a new bid for the White House this week, while another may be nearing indictment in a probe into whether he illegally used campaign funds to cover up an affair. Here is a look at this and other stories that CNN plans to follow this week:

Former Massachusetts Gov. Mitt Romney on Thursday is expected to formally announce his candidacy for president. Romney is to make his announcement in New Hampshire – site of 2012’s first presidential primary – and will be the sixth person to formally seek the Republican nomination.

Even with Romney’s announcement, the field would appear to be far from set. A number of other Republicans are considering White House bids, including former New York City Mayor Rudy Giuliani, who is scheduled to be in New Hampshire on Thursday to headline an event for the state Republican Party.

END_OF_DOCUMENT_TOKEN_TO_BE_REPLACED

NATO apologizes for Afghan airstrike that it says killed 9 civilians

A coalition commander offered his alliance's "sincere apologies" Sunday for an airstrike that he said killed nine civilians in southern Afghanistan.

Maj. Gen. John Toolan, the head of the International Security Assistance Force's command in southwest Afghanistan, said his apology was being made "on behalf of the coalition" and its top leaders, including U.S. Army Gen. David Petraeus. He pleaded with Afghans to not only forgive, but also to work with coalition forces in hopes of bolstering their security.

"I offer our heartfelt apologies to the families and friends of those killed," Toolan said in a statement. "I ask that the Afghan people continue to trust and assist their security forces, so that together we can stop the senseless killing brought upon us by an enemy who wants to exploit the Afghan people through fear and violence."

Earlier, Afghan and NATO officials said that Saturday's attack in Helmand province killed a dozen children and two women. There was no immediate explanation for the disparity between this figure and the toll of nine civilians killed offered Sunday by Toolan, who also noted that a U.S. Marine was killed immediately before the strike.