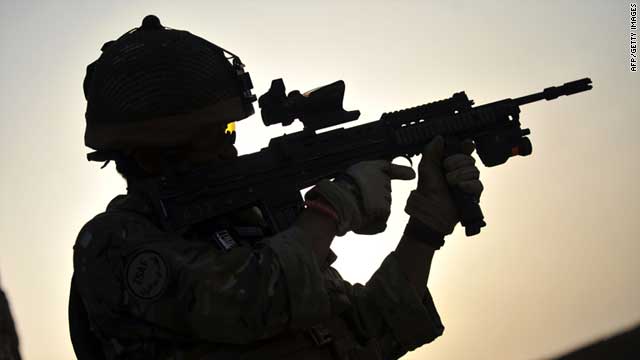 NATO and Afghan officials said on Monday that the death of the soldier is under investigation.
May 30th, 2011
06:59 PM ET

An Afghan soldier shot and killed a NATO soldier Monday in southern Afghanistan, high-ranking officials from the country's National Directorate for Security said.

NATO's International Security Assistance Force said an "individual wearing an Afghan National Army uniform turned his weapon against" an ISAF service member, "killing the service member." Afghan officials confirmed that the man who did the firing was an Afghan soldier.

In another incident, two ISAF service members died after an improvised explosive device attack in eastern Afghanistan, NATO said. The nationalities of the service members were not immediately released.

Separately, Afghan and coalition forces repelled an attack on the provincial reconstruction team headquarters in the Herat district of Herat province on Monday, ISAF Joint Command said in a statement.