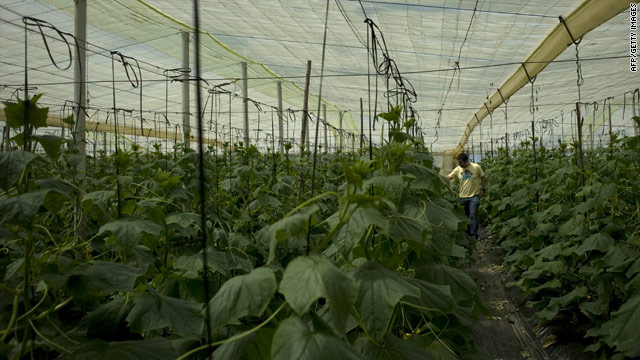 As more people have died, the outbreak has shown itself to be spreading geographically as well. No longer contained in northern Germany, the outbreak has killed at least two people in the western part of the country.

The Robert Koch Institute, Germany's federal unit responsible for disease control and prevention, said 373 people have been confirmed sickened. But figures coming in from local authorities and hospitals made clear many more people are believed to be infected.

"Here in Hamburg we're pretty much at the epicenter," Jorg Debatin, medical director of the Hamburg Medical Center, told CNN. His hospital has 600 to 700 infected patients, Debatin said. About 20% to 30% of them develop hemolytic-uremic syndrome, or HUS, "a very severe complication," he said.

The hospital is especially concerned about 85 patients - 20 children and 65 adults - who may go into renal failure and develop neurologic symptoms, he said. While authorities worked to contain and respond to the outbreak, the specific cause remained unclear.