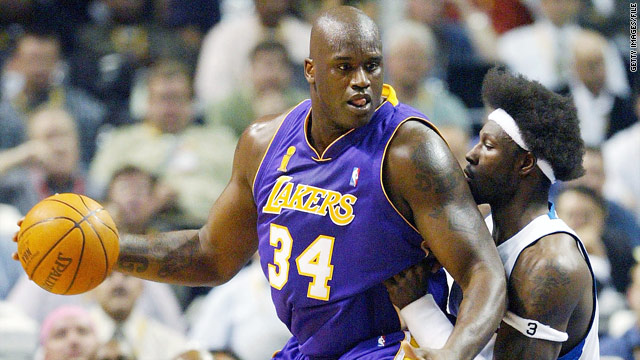 â€śWe did it. Nineteen years, baby. (I) want to thank you very much. Thatâ€™s why Iâ€™m telling you first, Iâ€™m about to retire. Love you. Talk to you soon,â€ť Shaq said in the video on Tout.com, linked from his Twitter account.

O'Neal, a 7-foot-1-inch center, won four NBA titles and reached the league finals two other times. He is fifth on the NBAâ€™s all-time career scoring list with 28,596 points - short of only Hall of Famers Kareem Abdul-Jabbar, Karl Malone, Michael Jordan and Wilt Chamberlain - and 12th on the leagueâ€™s all-time rebounding list, with 13,099.

Drafted after his junior year at Louisiana State University in 1992, Oâ€™Neal would earn NBA rookie of the year honors with the Orlando Magic, with whom he played four seasons. He reached the NBA finals for the first time in 1995, but the Magic lost to Houston.

Oâ€™Neal eventually went to Miami, where he would pick up his last NBA championship with the Heat in 2006.

He went on to play for Phoenix and Cleveland before signing with the Boston Celtics in August. Limited by injury, his points-per-game average with Boston was under 10 (9.2) for the first time in his career, and he missed the first round in this yearâ€™s playoffs before scoring two points in two games in the Celticsâ€™ second-round loss to Miami.

Riding off into the sunset would be hard to imagine.Â O'Neal has long pursued entertainment interests off the basketball court, appearing in "Kazaam," "Steel" and the basketball film "Blue Chips." He's set to appear in the upcoming film "Jack & Jill," starring Adam Sandler.

"Itâ€™s fun. Itâ€™s an opportunity for me to show my funny side," he told CNN International in January.

He's also reveled in tongue-in-cheek public appearances, including turns as a Boston Pops conductorÂ and a human statue in the Boston area's Harvard Square.