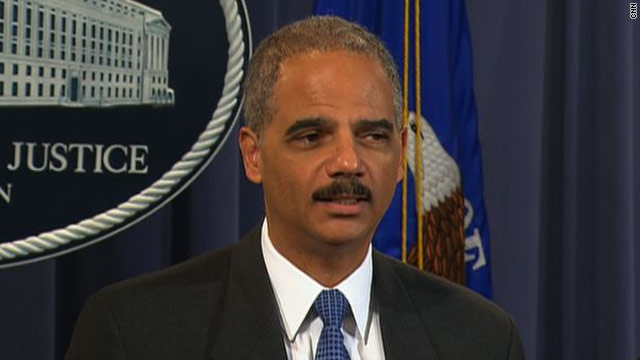 U.S. Attorney General Eric Holder is a die-hard fan of the HBO series "The Wire," a Dickensian drama about cops, drug gangs, crime and political and union corruption in Baltimore. Fervently praised by critics, "The Wire" attracted a large audience for five seasons before wrapping in 2008.

"I want to speak directly to (creators) Mr. (Ed) Burns and Mr. (David) Simon, do another season of 'The Wire.' ... I want another season, or a movie," Holder said, according to The Washington Examiner.

Holder made the remarks while flanked by actors from the show Tuesday at the Justice Department, which last year established an agency intended to help kids whose lives revolve around street violence. National Drug Control Policy czar Gil Kerlikowske and Holder said the show accurately portrayed these children's lives.

4:45 pm ET October 21, 2021 RETWEET
JUST IN: The House has voted to hold Steve Bannon, one of former US President Donald Trump's closest allies, in criâ€twitter.com/i/web/status/1â€¦rp
cnni