The Biden administration takes steps to save the Obama-era DACA program that shields undocumented immigrants broughā€twitter.com/i/web/status/1ā€¦wM

One man has died and nine people have been injured following a strongĀ earthquakeĀ that shook the Greek island of Cretwitter.com/i/web/status/1ā€¦jQ2J

JUST IN: An earthquake has hit the island of Crete, Greece, according to the European-Mediterranean Seismological Cā€twitter.com/i/web/status/1ā€¦gk 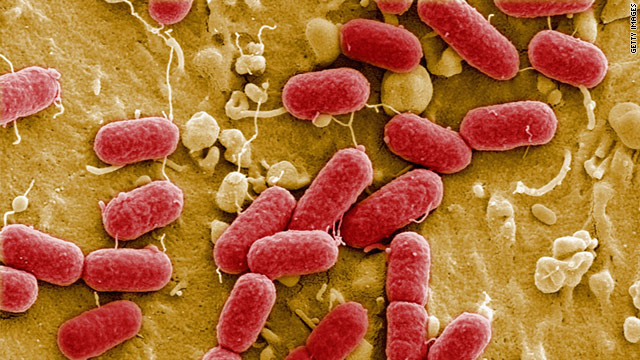 Russia has announced a ban on fresh vegetable imports from the European Union in the wake of a deadly outbreak from a possibly new E. coli strain that has swept across parts of Europe.

It was a Chinese research institute blamed the outbreak on a new E. coli strain, though the U.S. Centers for Disease Control and Prevention said the strain has been seen before.

Scientists at the Beijing Genomic Institute said the outbreak of infection in Germany is caused by a new "super-toxic" E. coli strain.

The CDC said the strain is very rare and added that while it is not aware of any cases reported in the United States, it is aware of a few reports of the strain from other countries. Britain's Health Protection Agency has said that the strain suspected in the outbreak is "rare" and "seldom seen in the UK."

The outbreak is responsible for 15 deaths in Germany and one in Sweden, according to the World Health Organization, and has sickened more than 1,000 people in at least 10 countries.

Russia imposed the vegetable ban, Russian Foreign Ministry spokesman Alexander Lukashevich said Thursday, because "no one wants to get sick. It is a natural protective measure taken in response to events that are happening in Europe today."

Australian Prime Minister Scott Morrison said he might not show up at the COP26 climate talks in Glasgow this Novemā€twitter.com/i/web/status/1ā€¦SY
cnni

11:21 am ET September 27, 2021 RETWEET
Japan's Princess Mako is set to forego a one-off million-dollar payment for giving up her royal status to wed a colā€twitter.com/i/web/status/1ā€¦SA
cnni

11:00 am ET September 27, 2021 RETWEET
Anthony Joshua's stunning defeat to Ukraine's Oleksandr Usyk means there is unlikely to be a world heavyweight unifā€twitter.com/i/web/status/1ā€¦L5
cnni

10:43 am ET September 27, 2021 RETWEET
Residents along the eastern shore of Spainā€™s La Palma island were ordered into lockdown on Monday as lava flowing ftwitter.com/i/web/status/1ā€¦VWzo
CNNweather