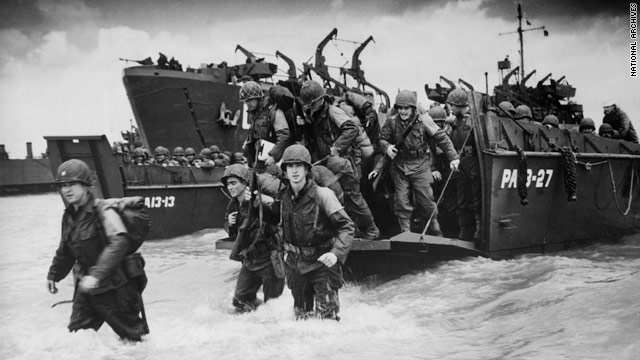 On June 6th, 1944, more than 150,000 Allied troops poured onto the heavily fortified beaches of Normandy, France, in one of the most decisive battles of World War II. The D-Day invasion marked a beginning of the end of the war and the defeat of the Nazi regime in Europe. This particular operation was at a high cost to the Allied forces, with nearly 10,000 troops killed or wounded. Today marks the 67th anniversary of that pivotal operation.

D-Day begins - After years of meticulous planning and training for the Allied forces, it all came down to June 6, 1944.