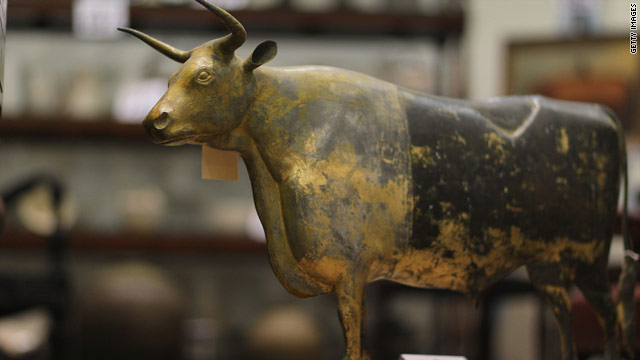 Someone dropped $400 on Bernie Madoff's underwear during a weekend auction of the convicted Ponzi schemer's stuff in Miami.

That's 14 pairs for that price, but still.

The boxers certainly weren't the highest-priced items up for bid at the Miami Beach Convention Center, according to The Miami Herald. About 150 buyers showed up in person, and 6,000 got into the action online, the paper said. The bids brought in more than $400,000, most of which will go to Madoff’s fraud victims.

Here's a quick receipt from the event staged by the U.S. Marshals Service: