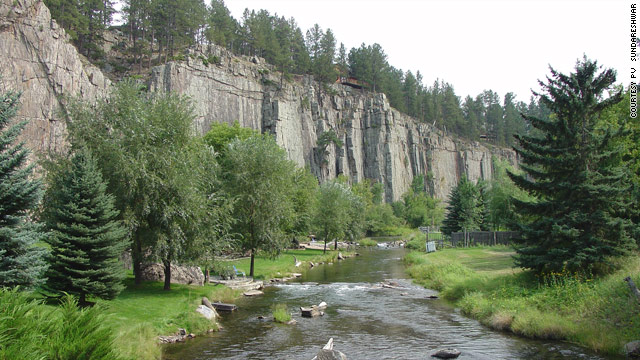 Some of the world's cleanest waterways may be in trouble for being so clean.

A species of fast-growing freshwater algae that lives in streams and rivers - sometimes called "river snot" - can alter food supplies to other aquatic life and hurt fisheries, according to a new report published in the journal Geophysical Research Letters. The study was funded by the National Science Foundation and the State of South Dakota Carbon Scientist fund.

Scientists such as P.V. Sundareshwar, associate professor of biogeochemistry, conducted their research in Rapid Creek, a clear mountain stream in the western part of South Dakota where the first strains of Didymo were found in 2002. Sundareshwar has been working on the project for the past four years.

"When you normally see a kind of green scum in a pond it's because there's runoff, or some pollutant causing that to happen from the outside of a body of water," he said. "But this is unusual because it's happening organically."

The formal name of the potentially damaging algae is Didymo for Didymosphenia geminata. It looks like thick mats of bacteria on the bottom of waterways and thrives in the Southern Hemisphere, from New Zealand to Chile.

"Didymo has become a major nuisance," he said. "It's so adaptable, it can dominate, virtually take over all other algae that (normally) provides a structure for the food chain in waterways. You're talking about affecting, or altering, an entire ecosystem."

He said that the problem has been especially bad in New Zealand where studies there have said that damages to fishery profits have run into the tens of millions.

Authorities in Chile have expressed regret for spreading panic with a mistaken tsunami warning calling for people tŌĆtwitter.com/i/web/status/1ŌĆ”Xr
cnni

3:30 am ET January 25, 2021 RETWEET
Dozens gathered in downtown Tacoma, Washington, on Sunday to protest the city's police department after a police ofŌĆtwitter.com/i/web/status/1ŌĆ”X4
cnni

3:15 am ET January 25, 2021 RETWEET
Pirates off Nigeria's coast kidnapped 15 sailors from a Turkish container ship on Saturday, in a brazen and violentŌĆtwitter.com/i/web/status/1ŌĆ”Yu
cnni

3:03 am ET January 25, 2021 RETWEET
China dispatched two large formations of warplanes close to the self-governing island of Taiwan over the weekend, pŌĆtwitter.com/i/web/status/1ŌĆ”vh
cnni