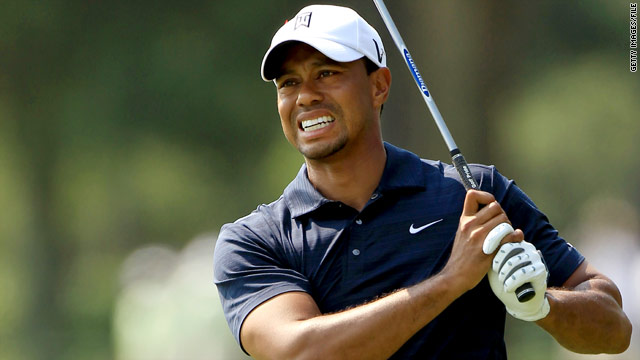 Tiger Woods' knee and Achilles tendon injuries will keep him from participating in next week's U.S. Open tournament in Maryland, a post on the golf star's website said Tuesday.

"I am extremely disappointed that I won't be playing in the U.S. Open, but it's time for me to listen to my doctors and focus on the future," Woods said on his site. "I was hopeful that I could play, but if I did, I risk further damage to my left leg. My knee and Achilles tendon are not fully healed.

"I hope to be ready for AT&T National, the next two majors and the rest of the year."

Woods, 35, sprained his left knee and strained his left Achilles tendon while hitting a shot during the third round of the Masters in Augusta, Georgia, in April. Though he finished the tournament, tying for fourth, he sat out the Wells Fargo Championship and withdrew from the Players Championship in May after re-injuring his leg during the first round.

Woods' injuries are just the latest in a long string of left-leg problems, including a 1994 surgery for a benign tumor and a 2002 arthroscopic knee surgery.

In 2008, he won the U.S. Open while playing with a ruptured anterior cruciate ligament in the same knee and a double stress fracture to the left tibia, but had reconstructive surgery afterward, forcing him to miss the rest of the 2008 season.

Three of Woods' 14 major championships have come at the U.S. Open. He has 71 career PGA wins, but none since taking a brief leave from the game in late 2009 after admitting infidelity. Formerly ranked the world's No. 1 Â golfer, he last held the honor last fall, when his record run of 281 straight weeks atop the list ended.